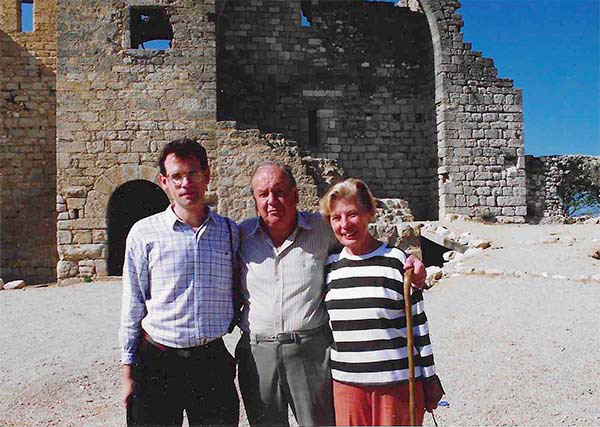 Giles was one of six children of Eric and Nina (Evans) Mitchell who were married in 1942, when they were actors in a touring theatre group perfoming throughout the UK - The Pilgrim Players of Canterbury. Eric became a microbiologist and later Director of Public Health at the City of London and lived in Nottingham and London ... after a divorce many years later, Eric eventually married Elizabeth at Narbonne, when living at his home in Ouveillan, France.