"I have been chosen to be artist in residence at Yellow Springs Institute, which is near Philadelphia, to create a performance work called 'Fixing the Wounds'. I will be performing outside in an earthwork arena, similar in style to Stonehenge, which in itself placed on a Native American Indian ley line that runs through the countryside, something similar to the ley lines that criss cross the English countryside. Its only for 2 weeks but it will be the first time to create works outside the Twin Cities, and may well give me will give me opportunities to create works around the States. The work in essence is about the fact that quick fixes to world problems, as promoted by corporations and governments, don't work, without an understanding of all the nuances that exist around and in us."

SCARS traces the history of man/humanity through the Ages of Birth, the Garden of Eden, Religion, Power, Reason, and Relativity, to the present Corporate Credit World of Dominance and Beyond.

The work will begin at the theater, then work its way up the hill, ending at the Earthwork. The audience is requested to follow the performer, being careful not to touch any of the props.

Giles Denmark is an English artist working in performance, video, and painting while based in Minneapolis. He believes that we are humans must see ourselves without blinkers, scars and all, to be able to act responsibly towards the world, and deserve its continuance. 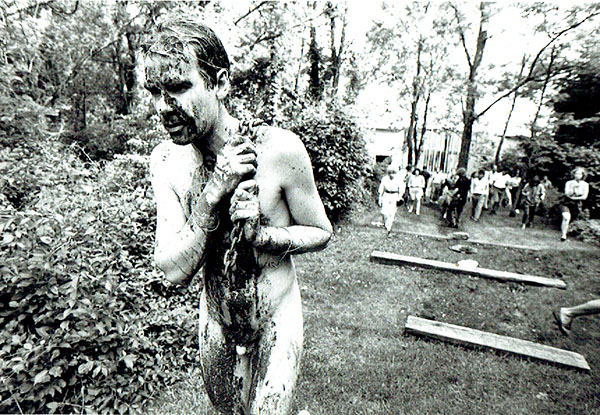 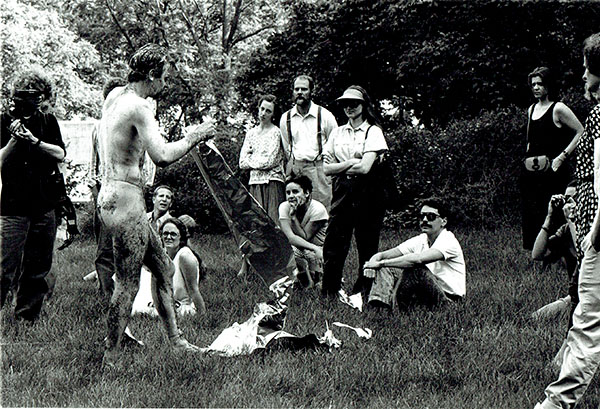 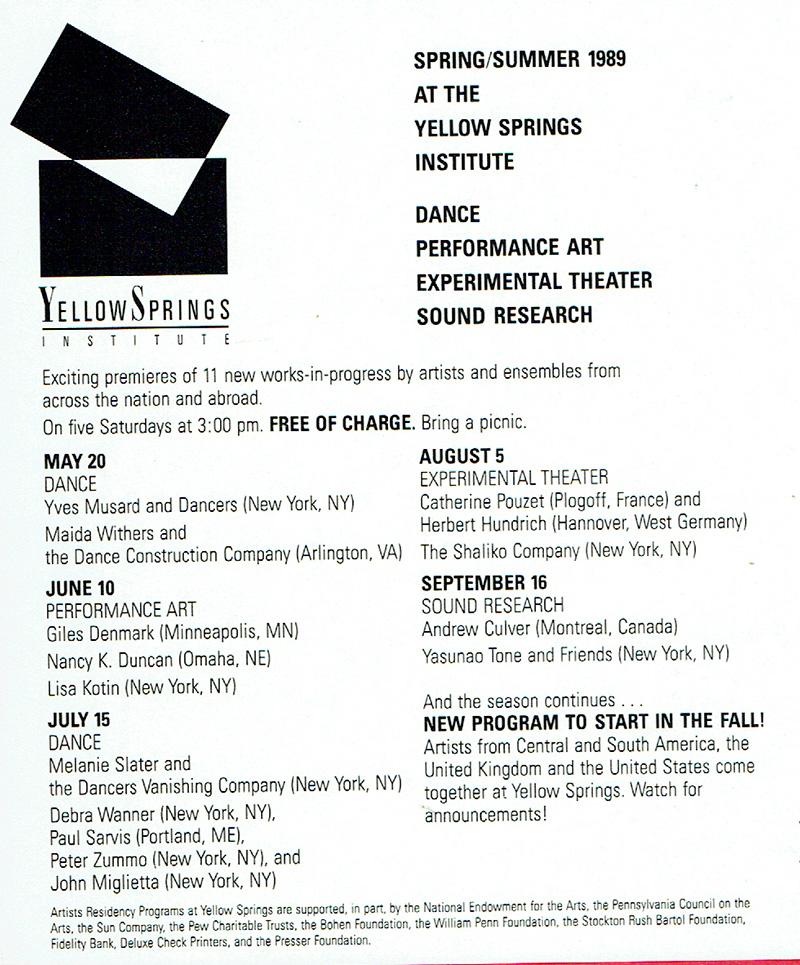 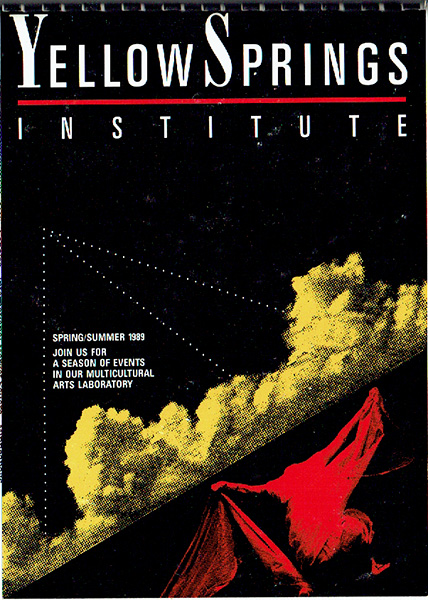